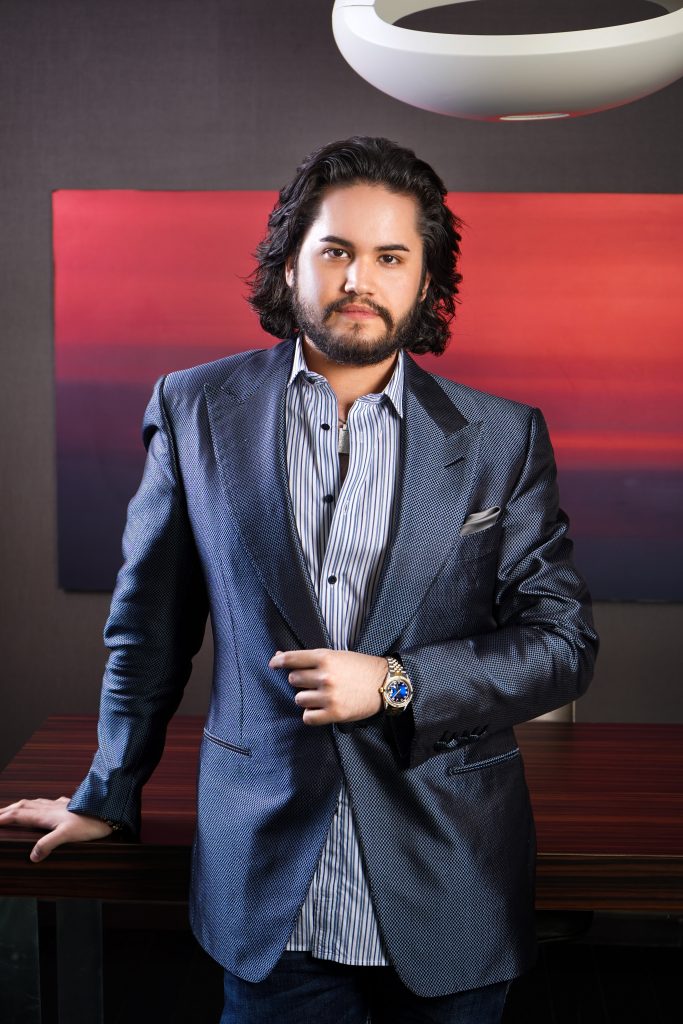 Mr. Wellington's paternal family are European Aristocratic and fled to the United States during the communist takeover of their country after World War II. His paternal grandparents were forced to flee in the middle of the night and spent two years hiding in monasteries and refugee camps before finally escaping to the United States and becoming citizens. Having been forced to flee with nothing but the shirts on their backs, they spent the next several decades working and trying to rebuild their lives in the USA. This instilled a "survivors" work ethic in all their children & grandchildren.

Mr. Wellington's maternal family, also of European Aristocratic descent, immigrated to the United States three-generations ago, with the majority of the family settling on the East Coast. While some members of the family held positions as Judges, most (including Mr. Wellington's Grandfather) primarily ran Law Firms specializing in the areas of personal injury law, real estate law, and business law. The family was very business and investment-oriented, and although they ran very successful law practices, they made their fortunes in real estate.

Mr. Wellington's mother decided to follow her passion for Journalism and Public Relations and quickly earned her position as the Director of Public Relations for the State of Arizona Office of Tourism. After her time with the State, she eventually decided to start her own PR firm, becoming a woman-owned PR firm when that was still, as she put it, "not really a thing".

In her typical fearless fashion, and not being one to ever be told she couldn't do something, she charged headlong into the (at the time) heavily male-dominated industry ... and everyone quickly took notice. She rapidly became known for her incredible work ethic, unique ability to craft and convey compelling stories for her clients, and her dedication to going above and beyond what was expected ... to ensure her clients achieved the greatest success possible from their campaigns.

**Mr. Wellington's mother sadly passed away in February of 2020. She is lovingly remembered and missed by her family, friends, and colleagues.

Her passion for PR was passed onto Mr. Wellington at a very early age, being inspired by the stories of her adventures during this period of her life, and the companies and people she was able to help through the power of PR. It was one of the main factors in Mr. Wellington choosing to pursue a career in Marketing and Public Relations himself. 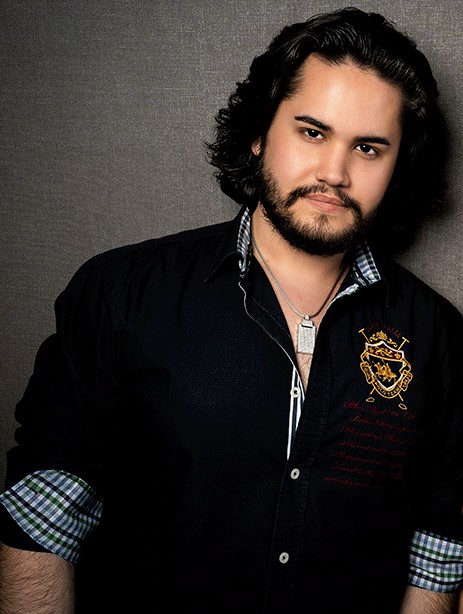 Mr. Wellington was exposed to the "business world" from a very young age. He loved to attend board meetings and other business-related meetings with his parents ... observing & learning at every opportunity ... and became very comfortable in the corporate environment.

Influenced by the strong morals, ideals, and ethics of both sides of his family ... gave Mr. Wellington a very unique perspective on business and Legacy. The immense importance of Legacy, building something that would benefit generations to come, was impressed upon Mr. Wellington at a very young age.

However, Mr. Wellington also saw the perils of "generational-wealth", when mishandled or taken for granted ... in creating lazy, unmotivated, and complacent people. He was obsessed with the stories of the Vanderbilts, and other "Great Families" of the era, and the often extreme and rapid loss of many of these families wealth ... due to a lack of work ethic, responsibility, or ingeniuty by the inheriting generations.

He quickly understood that each new generation must contribute, grow through ingenuity, and lead the charge in new industries. In his words, "complacency is the death of legacy". So at the age of 9-years old, he began reading every book on business, investing, and wealth management he could get his hands on.

In doing so, he realized that there was one industry in particular that had emerged where his young age would be perceived as an asset and not a detriment ... that new and still evolving field at the time ... was Digital Marketing. 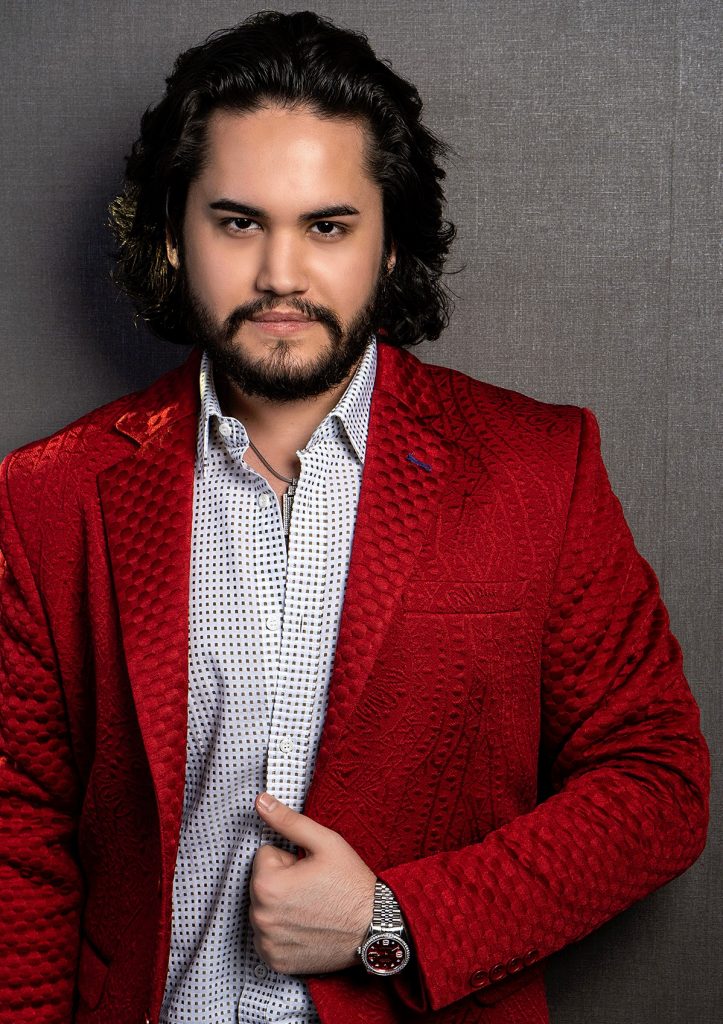 Mr. Wellington's teen years were not exactly what one might describe as the "typical American teenage experience". As Mr. Wellington's interests were so laser focused on learning everything he could about the business-world ... and as such, at an unusually young age he was living & experiencing a very "adult experience" due to his parents encouragement and support in his passion ... he, understandably, had a hard time relating to peers in his age group.

He preferred business planning and corporate strategy to video games, and he had very little interest in partying or enjoying the "laziness of youth". He also loved to travel, and found great enjoyment in the time he spent with his family in Asia. Having spent considerable time in Hong Kong, he found he loved the freedom, adventure, and personal growth, that travel brought. However, he realized that travel like this experience was something that was afforded by, and was a reward of, building successful businesses. This formative experience abroad only served to strengthen his determination to continue in his business pursuits.

He founded Googabiz.com at the age of 16 after growing quickly in the client consulting space, became the youngest member ever accepted by his Chamber of Commerce, and after several stunning wins in the Digital Marketing space he was heralded by the local media as a "business prodigy". Mr. Wellington was often asked to present, guest speak, and lecture at many prestigious business groups and private masterminds, as well as for many corporations including those in the Inc. 500.

His goal was to bring the Digital Marketing and Public Relations methods/tools that had been almost exclusively reserved for large corporations, and their massive resources ... to smaller businesses. With the advent of groundbreaking technology platforms like Google, Facebook, Pinterest, and Instagram ... Mr. Wellington, adapting to the technology early, was able to bring what had otherwise been cost-prohibitive technologies to the "local" business sector ... helping his clients achieve incredible ROI's. 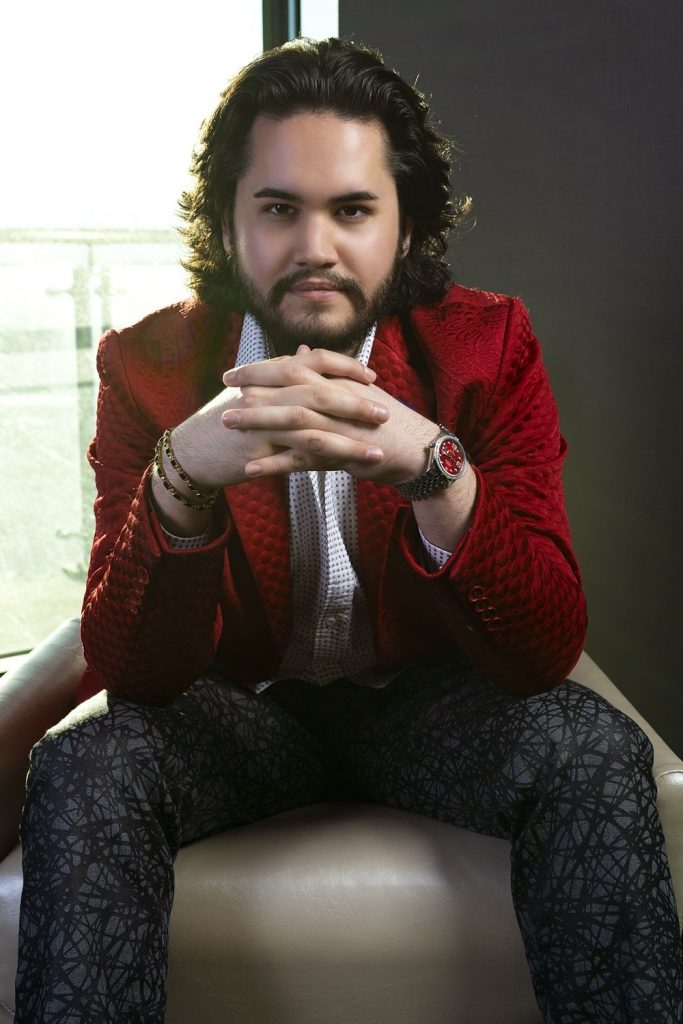 When recalling the early days of his carrer and those initial corporate meetings, Mr. Wellington said, "I have to admit, I used to look forward to seeing the looks on a lot of the CEO's faces when they suddenly realized I had just given them more in a single 1-hour consult ... than their entire marketing department had produced for them in the past 6 months.

In roughly 9 out of 10 of those meetings, I would walk in and the CEO wouldn't even meet my eyes when first shaking my hand. While most of time they were polite enough, I could tell pretty quickly that they didn't think this "kid" was going to show them anything they didn't already know.

But then, 9 out of 10 times ... I would usually leave being offered the job of the Marketing Exec, sitting absolutely horrified, right next to me."

Mr. Wellington continued, "I don't play games. Not then, and not now. When it comes to my marketing strategy, I go straight for the jugular of the competition. I was never afraid to think outside-the-box, and I knew that if I was to survive in this industry, being creative, unpredictable, and providing more value than my competitors ... would be the only way to do that.

That is what has earned me the reputation I have today. It's why people and companies are willing to wait months, sometimes even a year or more, to work with me ... because word tends to spread when you consistantly create solid ROI's, and provide far more value than what was paid for. When you build relationships through constantly providing more than what is expected, people tend to take notice and remember that. I understood this and chose to build my businesses on those principles. Now today, I have not only earned my client's contracts ... I have earned something far more important ... their trust and respect". 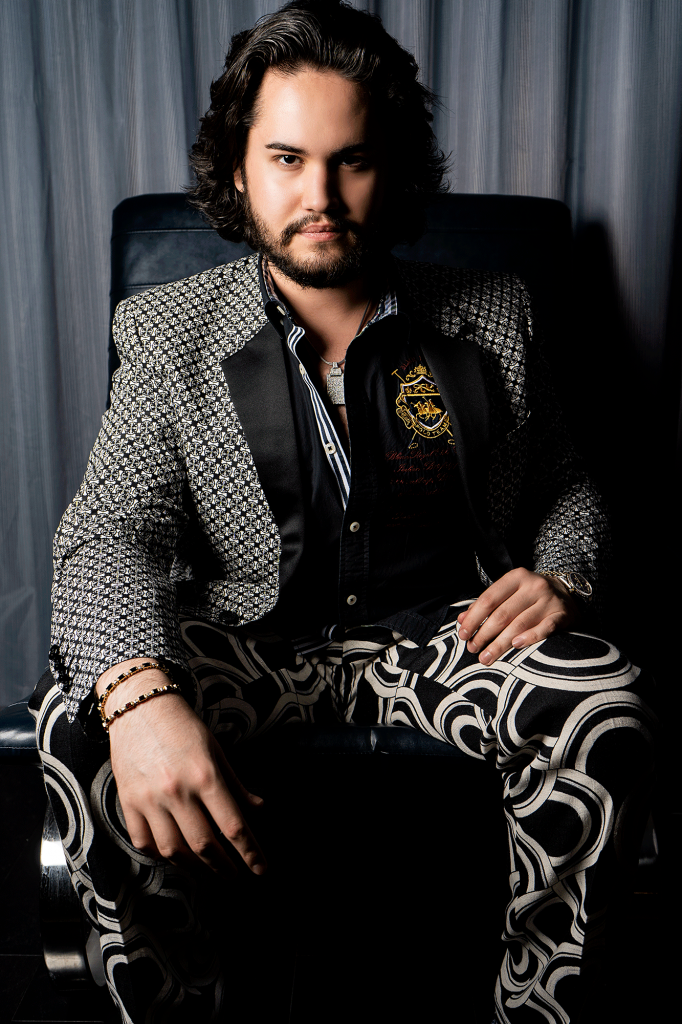 Almost a decade after the founding of his first company, which Mr. Wellington grew to become a 7-figure Firm, Mr. Wellington had also founded many more companies, and dozens of National & International projects and brands.

Eventually, Mr. Wellington founded Wellington Industries as the umbrella corporation for those companies, projects, and brands.

Wellington Industires, it's subsidiaries, and/or it's sister companies, now have assets in such industries as:

Wellington Industries is currently undergoing an expansion and looks forward to the next several years of development and growth, with a primary focus on continued expansion of it's brands, as well as strategic Mergers and Acquisitions.

Mr. Wellington only accepts clients that are either privately invited to work with him, or clients who are a direct referral from a current client (although referrals must still apply to be a client). Businesses wanting to work with Mr. Wellington must first sign up for, and complete, a rigorous application process. Even then, less than 10% of all applicants are invited to become a client.

An Innovative Industry Leader, Highly Sought After Corporate and Brand Strategist, and Entrepreneur

Mr. Wellington In The Media

See Where Mr. Wellington Has Been Featured In The Media

Need To Get In Touch With Mr. Wellington?

Let Me Help You Overshoot Your Goals in the Right Ways.​

Apply To Work With Roman Alexander Here
Scroll to Top